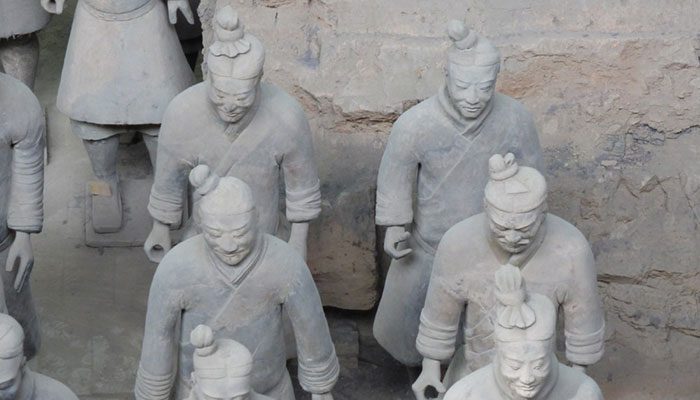 We were visiting Xian for one major reason, the same one as most of the other visitors, to see the Terracotta Warriors. Having done my research before the trip I realised that Xian was a large city but I had not realised how large. We arrived from Beijing on the high speed train at Xian north station and took a cab to our hotel within the city walls, the journey was over 13km but the fare was the equivalent of £3.50. Checking later on the size of the city it has a population of similar size to London.

If you arrive at the north station beware of the masses of taxi touts, do not be tempted, instead queue at the official area and even in the driver change over time between 3pm and 5pm there will be a steady stream of drivers who will then use their meters. 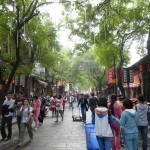 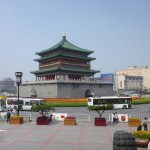 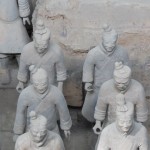 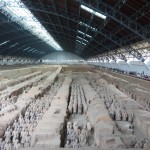 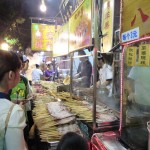 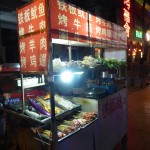 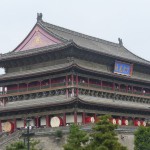 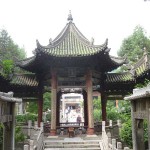 Staying near to either the Drum or Bell towers give you easy access to the excellent “muslim” street , as it is known, where the various food stalls offer local dishes such as Rou Jiamao the Xian hamburger and skewers of lamb, fish and other choices. The area is also full of shops for souvenirs of your visit, remember to bargain. Also nearby is Defu Street, known as the bar street. It is packed with bars offering happy hour in the early evening and many places stay open till 4am. Most places also offer food and there are some small stalls offering the usual lamb kebabs if you get peckish.

The main event has to be visiting the Terracotta Warriors, as in the case of The Great Wall you can do this as part of an organised tour but you can also do this on your own very easily. If you are staying near the Drum and Bell Towers there is a local bus to the main railway station, not the north one used by the high speed trains. This is bus number 611, they run almost every five minutes and the fare is the equivalent of 20p, the final stop is the station and you catch the bus back from the same stop. Once you have got off the bus walk towards the station and to the right hand side you will see an area packed with buses. The bus you want is 306 and there is a stand with a queue which you join and they load the buses from this queue. There are very regular buses and you pay for your single fare on the bus, the equivalent currently of 70p. One thing to note is that lots of people get off before the last stop which is the Terracotta Warriors, the conductor on the bus will ask you where you are going.

You then walk to the main entrance and get your ticket for the site. The warriors are incredible, the site contains Pits 1, 2 and 3 and if I was to go again I would visit 2 and 3 then Pit 1 last. This way you get to see the best last. If you do Pit 1 first the other two will probably seem rather disappointing. There are loads of souvenir shops and places to eat outside the main entrance before you reach the bus park but the toilet facilities are not as good as in the site itself. The buses return from the same place as they arrived.

There is more information on Xian on the City page on the web site.